."Stayin' Cool" is the sixth episode in the first season of Mickey Mouse. It premiered on July 19, 2013.

On the hottest day of the year, Mickey, Donald and Goofy try to keep cool.

It is a very hot day, so hot that the residents suffering. Mickey, Donald and Goofy, meanwhile, are cooling down in a pool in the backyard of a mansion. However, they had gone into the pool without permission. The owner of the mansion catches them in his pool and sics his guard dogs on the three. They run away from the premises and back into the oppressive heat.

Donald complains about the heat. Mickey, however, promises him that he will find a way to keep them cool. Donald tells him to hurry up because Goofy is not doing too good – he is literally melting into a black puddle.

Mickey's first idea is to go into a car wash with his friends. At first, it works great with the cool water hitting them, but when the soap and scrubbing come, not so much. The next idea to stay cool takes place at an airport. Mickey spins one of the propellers on an airplane, using it as a giant fan for him and his friends. Again, it looks like it works at first, but then the propeller starts to spin so fast that the three get their fur/feathers blown off, then their skin blown off, eventually revealing their skeletons underneath. The final idea is hanging in a meat locker/freezer. The result is great at first, but when the butcher mistakes Donald for a piece of meat, he gets ready to carve him. Donald reveals he is indeed living and not a piece of meat. Enraged, the butcher chases the three out of his shop, waving his cleaver at them. Just as the butcher is about to catch them, Mickey spots a truck and hides in it with his friends.

Out of breath from running, Mickey turns on the light in the back of the truck, revealing that Mickey, Donald and Goofy are in the back of an ice cream truck's freezer. Outside, the ice cream man is about to hand some ice cream cones to some children. Inside, the three dance with joy inside the truck. In their excitement, however, the stick shift moves, causing the truck to roll away. When the ice cream man turns around, his truck is not there, and he freaks out.

Meanwhile, Mickey, Donald and Goofy are using the ice cream inside the truck to stay cool, including such ways as rubbing the ice cream on themselves and sitting on the freezers. They are blissfully unaware that the truck is moving. The truck from the outside twists and turns down the road and hills while the three inside are having an ice cream fight.

Suddenly, the truck hits a bump, knocking the trio on the floor. Mickey starts questioning who is driving the truck, and they freak out when they notice the driver's seat empty. The truck goes flying into the sky due to its speed off a hill, as Mickey, Donald and Goofy watch in terror and scream their heads off.

The truck lands safely on a fire hydrant as everyone in town gathers around it. The hydrant suddenly bursts and the truck starts to fill up so much water that it spews out of the top of the truck like a fountain while shooting Mickey, Donald and Goofy out of the truck, turning into ice and shooting ice cream cones, bars, popsicles and all other kinds of frozen treats into the air, landing into the hands of everyone in town.

Due to the temperature, the ground turns to ice, and it even starts to snow, turning the hot, tacky neighborhood into a frozen winter wonderland. Mickey, Donald and Goofy pop out of three snowmen and enjoy some ice cream together, with their wish of staying cool finally being a reality. But as everyone enjoys the winter wonderland, Donald now complains that he is freezing as the episode ends. 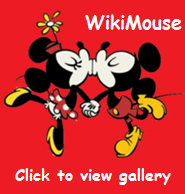 Retrieved from "https://disney-mickey-mouse.fandom.com/wiki/Stayin%27_Cool?oldid=13294"
Community content is available under CC-BY-SA unless otherwise noted.